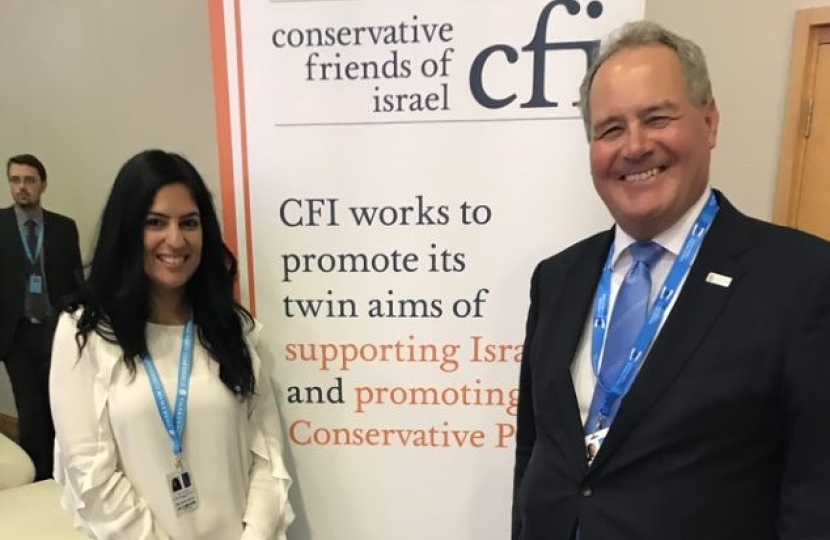 Bob is a long-time supporter of Israel and is a member of the Conservative Friends of Israel. Bob has always made clear in his Parliamentary speeches that Israel has a right to defend itself against attack from hostile forces, as well as resisting interference from the International Criminal Court and United Nations in its affairs.

Bob has and will continue to urge the UK Government to oppose anti-Israeli bias at the UN and has lobbied for it come out more strongly against anti-Israeli resolutions at the UN Human Rights Council.