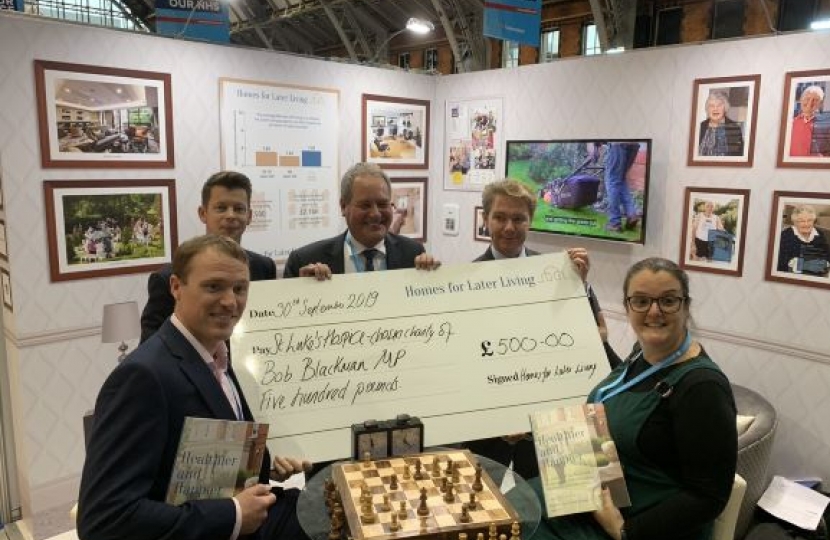 At Conservative Party Conference, Bob Blackman was invited by Homes for Later Living to play a game of Speed Chess for charity. The aim of the game was to survive by maintaining a winning position for the duration of the game. The winner would receive a donation of £500 to a charity of their choice.

The game lasted 5-10 minutes and Bob had managed to win the game. Bob's choice of charity to donate £500 to was to St Luke's Hospice.

Speaking in Parliament, Bob noted that, due to the tough economic times, people may be tempted to take a mortgage payment holiday, which could result in them accruing a large amount of debt. He also raised concerns over exorbitant interest rate fees from credit card companies.