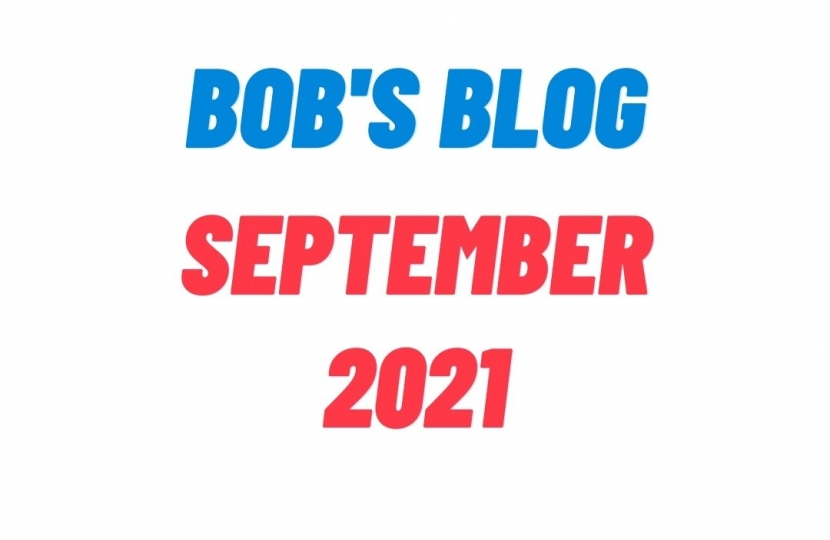 This month, there has been major news in Harrow regarding the planning application to cover Canons Park Station’s car park with a new block of flats. We have recently received the upsetting news is that the campaign is far from over as the developers have appealed the planning committee’s decision. Equally, there is the latest news on the unwelcome development on Stanmore Station Car Park, where the Mayor of London has decided to call in the planning application and determine it himself.

We have seen this month, further fallout of the HGV driver shortage with queues at our petrol pumps which I know have been a great concern to local residents.

We have recently learnt that the developers and TFL indeed lodged an appeal regarding the refusal of Canons Park Station development. The developers have argued that despite the Heritage aspect of the park, which was the main reason for refusal of the application, it is in their opinion outweighed by the need for affordable housing.

Your local Conservative Councillors who have been fighting the developments from the beginning will be giving evidence at the appeal hearing and I urge all constituents to make their objections heard.

The details of the appeal can be read at the following weblink https://planningsearch.harrow.gov.uk/planning/search-applications#VIEW?RefType=GFPlanning&KeyNo=969476&KeyText=Subject

If you would like to give your voice in opposition to the proposals, make sure to sign my petition if you have not done so already: https://www.bobblackman.org.uk/campaigns/save-stanmore-station-car-park-sign-my-petition

Despite the fact that Harrow Council Planning Officers recommended refusal for the proposed tower block developments on Stanmore Station car park and Harrow Council Planning Committee agreeing the refusal of the planning application, Sadiq Khan, Mayor of London, has called in the planning application so that he can determine it. Bearing in mind that he is effectively the applicant as the land is owned by TfL, this is absurd with him deciding on his own application! There is widespread opposition to this proposed development, particularly given the height & density of the development as well as the loss of car parking spaces which are already at a premium.

I trust that Michael Gove, Secretary of State, will take this decision out of Sadiq Khan’s hands and call in the application.

Whilst some in the media are quick to blame Brexit for the supposed ‘fuel shortage’ I would like to reassure constituents of the facts of the situation. There are 2.5 million litres of fuel at refineries and the key is ensuring that the fuel safely arrives at petrol stations.

Sadly, the panic buying at fuel stations this month was unnecessary but has led to many people having full tanks & a shortage at the pumps. I saw first-hand, the ridiculous queues on Kenton Road, Wealdstone High Road & Belmont Circle.

Fuel delivery drivers need both HGV and qualifications to handle fuel safely and across Europe, there is a shortage of HGV drivers so the Home Secretary’s plan to allow more visas may not cure the long-term problem.

We have experienced the long-term problem that there is a virtual monopoly of fuel delivery by a small number of companies who refuse to pay fair wages and desire cheap labour from abroad – this does not solve the problem and Ministers are considering carefully what action to take and to ensure that we deal with the short term and long-term problems.

Locally, Harrow Council have put calls out to all 16 petrol stations in Harrow, and the 7 just outside of the borough. The position has improved marginally with stations that were empty receiving supply.

The Council have worked with two of local Esso stations to get most of our petrol stations supported so a full service for priority services, including waste and special needs transport is expected.

If you know British nationals that are still stuck in Afghanistan who have not already registered with the Foreign, Commonwealth and Development Office they should call the FCDO on +44(0) 1908 516666 and select “Consular services for British nationals” they can also email help@fcdo.gov.uk and further advice is available at www.gov.uk/foreign-travel-advice/afghanistan. The above phone number and email address are monitored 24/7 by consular officers in the network.

If you are a Harrow East constituent and have family members who are British nationals still in the country who have not heard from the FCDO after registering, you can contact my office at bob.blackman.mp@parliament.uk and I will raise your case with the relevant officials. if you contact my office, please provide the following information about the person being represented:

I continue to produce regular email news updates which provide the announcements from the Government and local news. If you would like to be added to my mailing list to receive these daily updates, please contact my office on bob.blackman.mp@parliament.uk and I will ensure that you are added to the list.

During Business Questions, Bob asked the Leader of the House, Mark Spencer, about the developing situation in Sri Lanka.