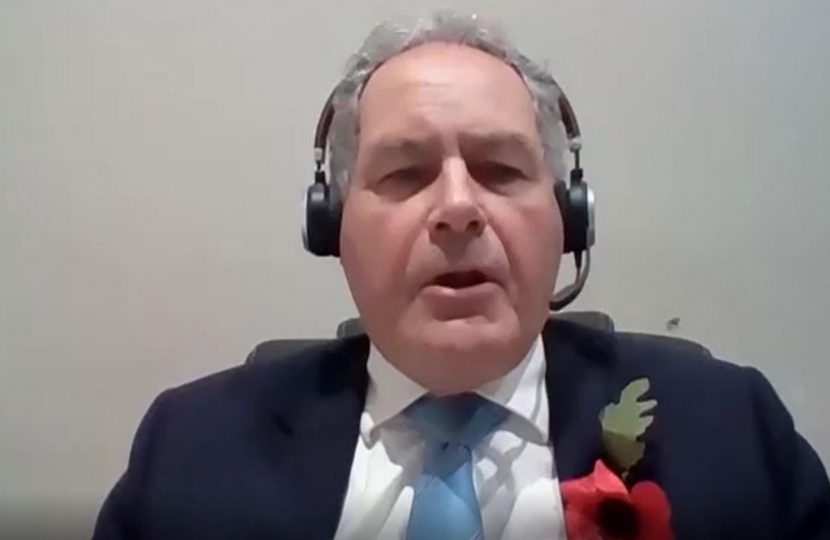 Bob spoke in Parliament to congratulate the Parliamentary Under-Secretary of State for Housing, Communities and Local Government (Kelly Tolhurst) on her appointment and on attending the all-party parliamentary group for ending homelessness within days and answering their questions. Bob also congratulated the Government on a brilliant job in pulling rough sleepers off the streets and putting them into secure accommodation.

Bob said, "The problem now is that every case of homelessness is a unique one. Many people who have been rough sleeping have physical and mental health problems, and they are also probably addicted to drink, drugs or other substances, so it is vital that the Housing First initiative is rolled out from the pilot sites throughout the country and also fully fund my Homelessness Reduction Act when the funding for it comes to an end."

He asks the Under-Secretary of State for Housing, Communities and Local Government if she would therefore commit to rolling out Housing First across the country and to ensuring that local authorities are fully funded for their duties under his Act.

You can watch Bob's question here.

During a parliamentary call, Bob asked the Minister for Housing (Christopher Pincher) to commit to make it clear that the Government will ensure that it will be illegal for the cost of remediating unsafe cladding on buildings to be passed on to leaseholders in any shape or form.